So, you’re interested in learning a bit about tic-tac-toe! The rules aren’t complicated. However, it can be a fun diversion with another person requiring you to think just a bit.

First, the rules of tic-tac-toe

When playing tic-tac-toe, decide with your partner who will be ✖ and who will be ੦. Alternate marking your symbol, either the ✖ or ੦, on a 3×3 grid. Traditionally ✖ goes first, but doesn’t have to. The first person to mark three in a row—vertically, horizontally, or diagonally—wins. 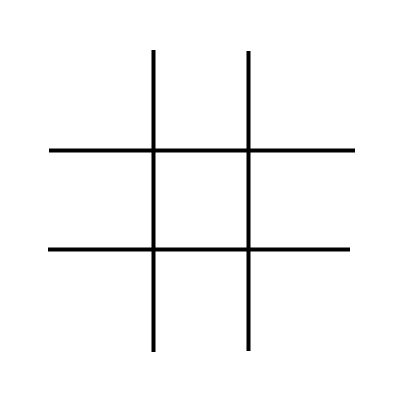 This is the grid. Sounds simple so far, right?

You don’t have to plan as far ahead as you would in chess, but you do have to plan. After all, there are only nine places to play. However, here is an example of why you need to think ahead. 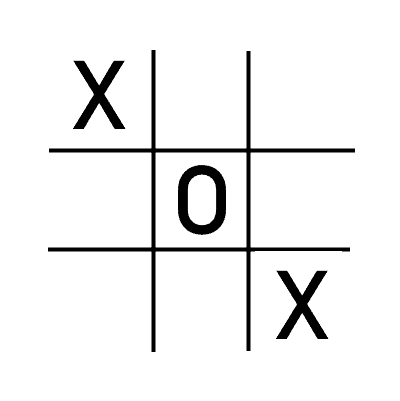 If the next move is to place an ੦ in either corner, ✖ should win. 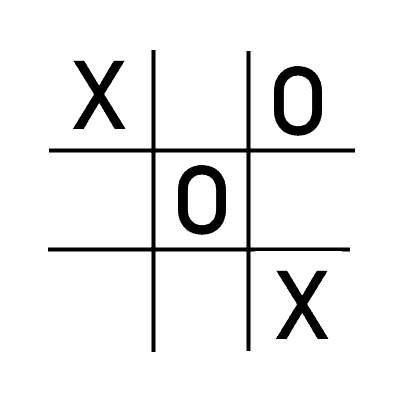 To block the win by ੦, the ✖ will go in the bottom left corner. That means that no matter where the ੦ goes next, ✖ has a way to win. ੦ can’t block it. 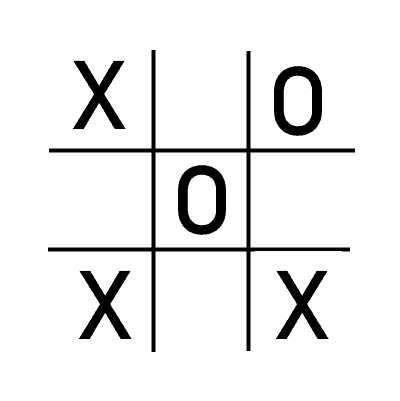 For example, let’s say that ੦ goes next to center left. Then ✖ wins by going to the bottom center. 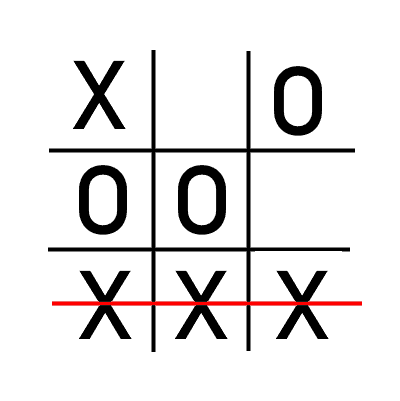 While you don’t have to think out 5 moves in advance as you would in chess, you have to engage your mind a bit to avoid giving the game to your partner. That is what keeps this from becoming boring.

Not overly complicated, yet still something to relieve some boredom. That is tic-tac-toe.

The cover picture is a playing board for kōnane found at Puʻuhonua o Hōnaunau National Historical Park taken by me in June 2018.

The picture below was taken in Kailua-Kona, Hawaiʻi , at a hamburger shop in a mall. The quote is a Reader’s Digest books version of a quote from a book by Isak Dinesen (Karen Blixen) in the short story collection Seven Gothic Tales.

We use cookies on our website to remember your preferences and repeat visits. By selecting Accept, you consent to the use of ALL the cookies.
Do not sell my personal information.
Cookie settingsAccept
Manage consent

This website uses cookies to improve your experience while you navigate through the website. Out of these, the cookies that are categorized as necessary are stored on your browser as they are essential for the working of basic functionalities of the website. We also use third-party cookies that help us analyze and understand how you use this website. These cookies will be stored in your browser only with your consent. You also have the option to opt-out of these cookies. But opting out of some of these cookies may affect your browsing experience.
Necessary Always Enabled

Performance cookies are used to understand and analyze the key performance indexes of the website which helps in delivering a better user experience for the visitors.

Analytical cookies are used to understand how visitors interact with the website. These cookies help provide information on metrics the number of visitors, bounce rate, traffic source, etc.

Advertisement cookies are used to provide visitors with relevant ads and marketing campaigns. These cookies track visitors across websites and collect information to provide customized ads.

Other uncategorized cookies are those that are being analyzed and have not been classified into a category as yet.

SAVE & ACCEPT
Powered by